What Would Martin Say? 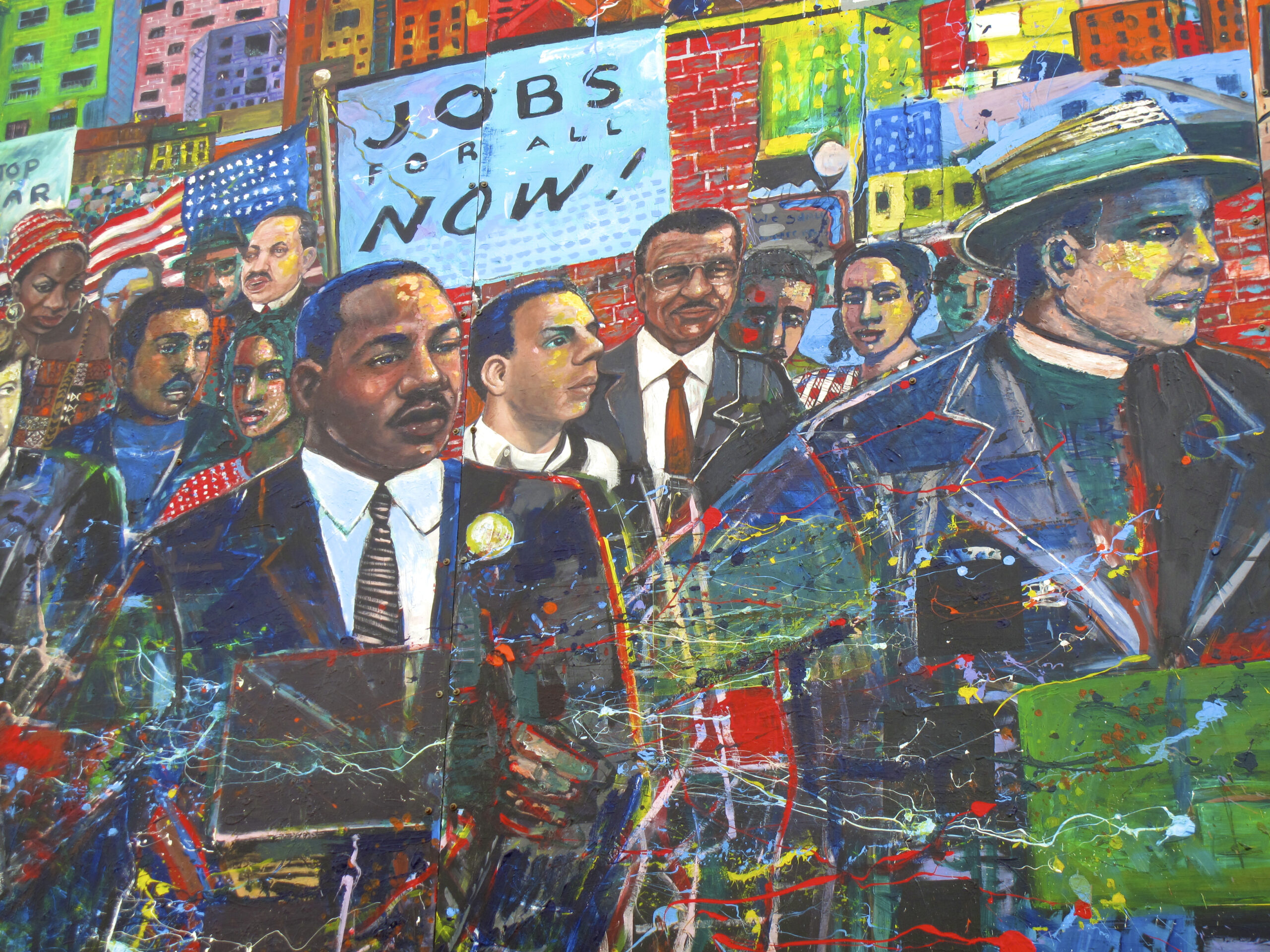 The illustration for this blogpost by artist Louis Delsarte captures the fervor of Dr. Martin Luther King, Jr. It depicts him when he was at the height of his powers, leading a peaceful protest. Mr. Delsarte was commissioned to create this massive work of art for the Dr. King National Historic Site in Atlanta, Georgia.

Dr. King emphasized nonviolence as much as he emphasized activism and equality. When he rallied over 100,000 people to join him at the March on Washington in 1963, there was no destruction, no violence on the part of the protesters, no attempted annihilation of the American Constitution. But life in these so-called United States looks very different these days. Just to think, America experienced an attempted insurrection during Congressional proceedings to certify the election of President Elect Joe Biden and Vice President Elect Kamala Harris.

What do you say at a time like this? I say: “Stay encouraged my comrades.” Stay encouraged – despite everything. On this, the 92nd anniversary of the birth of Dr. Martin Luther King, Jr., I challenge you to ask the question:  “What would Martin say?” The fragile American republic is as divided and volatile as ever. The evil, destructive, violent political conflagration at the United States Capitol on January 6th 2021 left many individuals even more disillusioned than ever before.

Dr. King forewarned us about the difficulties ahead when he articulated his dream, as he led the crusade for equal rights around the globe. On April 3, 1968, the day before his assassination, Dr. King delivered his eerily prophetic “I Have Seen the Mountaintop” speech. Some even say that he preached his own eulogy, most notably the phrase,  “I have seen the mountain top. I may not get there with you.”

And even though, as Dr. King warned us, we are assured of some dark days ahead, please know that we are moving toward the light. The majority of humankind is moving in the light, spreading the light, upholding the virtues of peace and unity and compassion and inclusion. So yes, let’s celebrate the birth of Dr. King. Let’s exemplify the ideals Dr. King set for us. Instead of feeling weary, and powerless, stay strong. Stay encouraged. Get organized. Work toward solutions in your own sphere of influence. And, as you’re going about your daily routines, when difficult situations arise, ask yourself, “What would Martin say?”